For much of my life, I’ve had an odd relationship with food. Some of it has to do with a history of addiction, some with having been an athlete of some variety since I was about seven. I can plow through a dozen chocolate-chip cookies in the blink of an eye, but I still see how certain foods work better in my system and in my training, than others. So, it has been a long, difficult road to where I find food that I enjoy and that will help my riding.

My diet changes from summer to autumn, winter to spring. I will adjust the proportion of each macro-nutrient, fat, carbohydrates and protein, as well as the sources of these. Right now, the height of summer, I eat 40-50 percent carbs, depending on if I am training or actually out competing or on a long tour. Fat tends to stay near 30 percent, sometimes a little lower when I’m out. Protein I like to keep pretty close to 30 percent, though it will dip a bit out riding. If you are familiar with recent trends, you may recognize the proportions of the “Zone Diet”. Yeah, I tend to do that.

I also lean more and more toward natural foods, or even the Paleo diet. The shorter the ingredients list, the better. The more processed a product, the more calories tend to be jammed into it. As much as I like them, chili and lime Doritos are just about as processed and unnatural as a food-like product can be. A handful of almonds and raisins are at the other end of the spectrum. This is the end I try to stay close to.

Now the whole rise of processed and pre-packaged foods is based on convenience. It’s easy to pick up a Twinkie at the gas station, though it is difficult to tell, even while eating it, how long that little yellow cream-tube has been around. Real food goes bad, eventually. It can be timer-consuming to pack a steak in a bike jersey, however.

So I have tried to find options. They have shifted and changed over the years. I have eaten my share of PowerBars and Fig Newtons. I have tried more “natural” options, like the Honey Stinger offerings. Now I have come across two or three options that I have not had until recently.

Allen Lim is a Boulder-based sports physiologist. He has worked for Team RadioShack and Garmin. He invented a hydration drink with less sugar that prompted other riders to dump their sponsor’s drinks and secretly fill their bottles with Lim’s “Secret Hydration Mix”, now just called Skratch Labs mix. No artificial colors, no artificial flavors. This approach I the basis for Lim’s new book, “Feed Zone Portables”.

I’ve written about this book before. Now that I’ve tried out the recipes, I’m convinced it’s the best riding food I’ve ever had, and it’s cheaper in the long run because it’s made at home. Little muffin-tin omelets, two-bite pies, pocket-sized sandwiches, all with whole, natural-food ingredients. My body handles the food better and I can perform better. The first fourth of the book explains from a physiological point of view why this works. It’s fantastic.

Now I am in no way perfect in my diet. It’s not all food that I can chase down or pick myself. When I’m out on a ride, I like a good treat. I still prefer when that treat has few artificial ingredients and a short list. With that in mind, let me tell you about the return of the Estes Park Pie Company.

Val and Patrick Thompson opened their little shop on Elkhorn Avenue a few years back and were surprised by the positive reaction. Their pies, muffins and cookies were, in my opinion, heavenly. After problems finding an industrial kitchen, questionable dealings with other retailers, a move to Longmont and Illinois, the couple are back and their shop has reopened, this time in Lower Stanley Village. They have added to their menu, now offering meals, as well as desserts. I look forward to beginning, as well as ending, a few rides at the Estes Park Pie Company.

This weekend marks the start of the 100th Tour de France. Due two a few wars, while the race began in 1903, this year is the 100th edition of Le Grande Boucle. American Tejay Van Garderen of Team BMC has the best shot of bring the yellow jersey back to the US, but he will have his hands full. While last year’s defending champ, Brad Wiggins, is not defending his championship do to injury, the only man who came close to him last season, teammate Chris Froome, will be leading Team Sky, widely regarded as the best team in the pro ranks this year. NBCSports and NBC will carry the US broadcast of the grandest of the grand tours beginning at 5:30 am on Saturday, and running through Sunday, July 21. 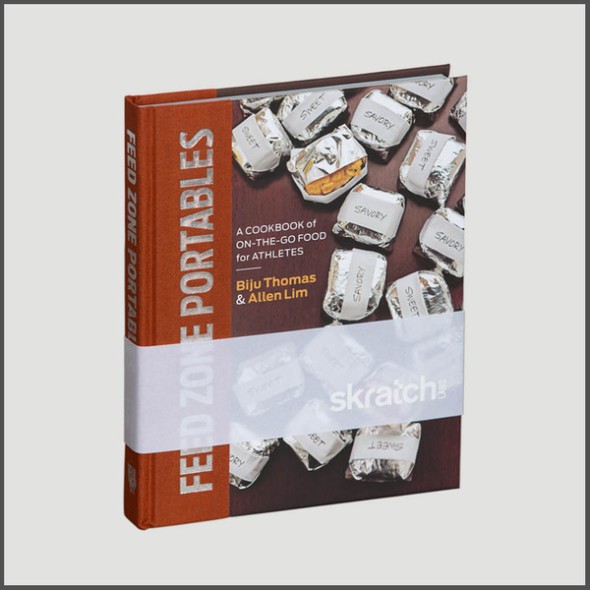 It is clearly cycling season, even at altitude. At the middle of May, one grand tour is snaking across Italy, one smaller tour is heading up the state of California and we are four weeks from the start of Ride the Rockies. But wait . . . there’s more.

The town of Estes Park is gearing up for its moment in the international cycling spotlight. With riders like Cadel Evans from Australia, Peter Sagan from Slovakia, Andy Schleck from Luxembourg and the Garmin-Sharp team from just down the hill in Boulder, it is very much an international event. Fans and reporters from around the world will likely show up, as well. Estes Park, as a whole, needs to get involved to show the world that we are a place to visit.

Bo Winslow, the town’s Community Services Director, has put out a call for volunteers. The town needs course marshals, idea people to help with related events in town the day of the race, as well as vendors to keep the visitors in Estes with food, gifts and the like. If you think you want to help, contact Bo at 586-6104 or e-mail events@estes.org.

I have heard there are detractors who point to flopping rock shows as a reason that we should not care. To that I say, the bands who have come for those shows have not been top acts since I was in elementary school in the ’70s. The guys who will be blowing through town on August 24 will be the very best riders on earth right now. These are the best of the best. These guys are faster and fitter than anyone you personally know. These guys competed for medals in the Olympics and will be here preparing for the World Road and Time Trial Championships. In cycling, if you’re not in France in July, it really does not get any better than this.

To get an idea of what we are in for, tune in to the Amgen Tour of California, going on this week. Folks are lining the race route, especially on the climbs and in towns, two things we have going for us. We will see the end of a race within the race as the last King of the Mountains points will be collected at the top of the Glen Haven switchbacks.

The one thing we will have that the California race doesn’t is that many people will still be on summer vacation when the Pro Cycling Challenge comes through. And, because it will be a Saturday, and with our proximity to our major population centers, we could see a crowd matched only by the Scot Fest, except they will all funnel into downtown. This is a chance to show a global audience all of what Estes Park has to offer.

There will be another, slower but no less enthusiastic group pedaling through Estes Park 19 days ahead of the pros. I will be riding the Colorado Rocky Mountain Bike Tour through here on August 4-5. It is the opening day of the ride that loops beginning in Fort Collins and visits EP, Golden, Fraser, Steamboat Springs, Walden and back to Fort Collins. This makes a whole summer of fun for me.

The CRMBT is like Ride the Rockies, only smaller and tougher. While RTR allows 2,000, or so, riders, CRMBT allows only 500. The rout tends to be more challenging, as well. While the toughest day in the saddle for RTR will be Day 4, when we ride over 10,850 foot Wolf Creek Pass, the third day of the CRMBT starts in Golden, climbs Lookout Mountain, ride to Evergreen to climb Juniper Pass, plunges into Idaho Springs, slogs to the base , then climbs Berthoud Pass before finishing in Fraser. Three big climbs over 85 miles. Riders are even invited to ride the Mount Evans Road, if they feel so motivated.

Tour director Peter Duffy explains that it is a tour for a more dedicated crowd.

“I don’t want to bad mouth the Ride The Rockies,” he hastens to say. “I’ve ridden it, it’s fun. The CRMBT is smaller and tougher. We want to appeal to a more dedicated cyclist. The people who ride CRMBT will be a little fitter and a little more enthusiastic.”

I start my organized riding season this Saturday with the First Ascent Ride, a fund raiser for Livestrong. It is a metric century, starting and ending in Golden, starting with a climb of the Golden Gate Canyon, a road that pitched up to 14 percent in sections, then follows the Peak to Peak highway before descending Coal Creek Canyon and returning to Golden.

The ride features several members of the 7-Eleven cycling team, as well. It should be a great morning of riding. If you find your Saturday morning open, check the First Ascent Ride website and head down to Golden early. The ride begins at 7:30.

This image is from the USAPCC web site.