I am reading the autobiography of Manx sprinter Mark Cavendish and found a similar conclusion. He describes the suffering of the mountain stages in the grand tours, about the exhaustion of riding for three weeks. He also writes about the disappointment of leaving the Tour early in 2008 and not getting to Paris for the last sprint.

He also had harsh words for the riders ejected from the ’08 Tour for doping. It made me think, why would someone risk health, career and standing for a win. My conclusion was they put something else ahead of the fun.

I don’t mean to judge. Cycling in Europe is akin to prize fighting in the US, or a lot of pro sports. They often attract athletes who feel it the only shot at rise out of dire economic circumstances. If that’s the case, I could see how someone might be lured into doping to get as far from poverty as possible. Some don’t have the luxury that most of us leisure riders have.

I’m not condoning this behavior, either. The reason Cavendish was so animate about the dopers, in this case Riccardo Ricco, Leonardo Piepoli and Stefan Schumacher, When the dopers set there enhanced paces, they threatened guys like Cav’ who is clean and not a climber. The major Tours set a time limit based of the stage winner’s time. Come in after the cut off and you go home. Ricco broke away and won stage nine that year, putting pressure on the sprinters, then Piepoli put in an inhuman ride the next day.

You may have heard of the Autobus, or Grupetto. These are the groups of big men at the back of these climbing stages, generally sprinters working together to make the cutoff. They are not lollygagging. They are suffering just to suffer all over again the next day. When the cheaters put in the crazy-fast rides up the high mountains, they not only take away the chances of the clean climbers, they endanger a great many sprinters. This same sort of event also reenforces the notion that a rider has to dope to win. Luckily, the ’08 Tour also showcased the advances in the doping tests, resulting in the aforementioned ejections.

Fear is a big motivator. Fear motivates a kid from a broken home in a Dallas suburb to cheat, cheat to an unprecedented level, and deny cheating to protect all that was gained by cheating. Fear, in turn, causes corporate sponsors to flee the sport. It causes coverups and improvements in catching the cheaters. I have to count myself as lucky that I never got to ride at a level in which any of this was a consideration. I’m lucky that I can just ride for fun.

Last weekend was a great example of fun and suffering. The Paris-Roubaix, possibly the monument of Monuments, was won, for the third time, by Swiss RadioShack rider Fabian Cancellara. While everyone predicted his triumph, it was not as predicted. Spartacus did not simply ride away from everyone as he did in the 2011 Paris-Roubaix, or even as he did the weekend before in the Tour of Flanders. He found himself working hard to catch a break in the last half of the race, then dragging a formidable group with him to nearly the end. Bad luck derailed a few, then Cancellara had to out-sprint Belgian hopeful Sep Vanmarcke of the Blanco Pro Racing team on the track in Roubaix.

Cancellara was clearly happy to win his third cobblestone trophy, but he was also clearly spent. The cobbles of the road took a toll on big Fabian, who now looks forward to a break before the summer grand tours start in May.

Many expected Spartacus to have his way with the race on Sunday. Gone was his chief rival, four-time Roubaix winner Tom Boonen. The big Belgian crashed out of the Tour of Flanders a week before. Boonen was hoping to add his name to the short and distinguished list of five-time Paris-Roubaix winners which includes, of course, Eddie Merckx. Tornado Tom now awaits the healing process and the grand tours of summer.

One last Belgian Monument note; On the podium of the Tour of Flanders, Slovak sprinter Peter Sagan was caught in photos grabbing the backside of a podium girl as she was presenting the winner with his trophies. This week, Sagan saw the young lady again. Maya Leye is a 25-year-old who works for Flanders Classics, the organization that promotes and stages the Tour of Flanders. Leye was on the podium with Sagan again on Wednesday, April 10, to present Sagan with his prize for winning the Brabant Arrow race. Sagan presented Leye with his winner’s bouquet and a public apology. Perhaps the swaggering Slovak learned a little tact out of the who incident.

I plan to continue having fun. It’s a challenge with the late-season snow. I have ridden outside perhaps three times this year, once on the course on which I race this Saturday. I have to remember that it’s about the fun. It does not really matter how well I place. It matters that I am able to push myself. It matters that I get to compete. This won’t determine a paycheck. It won’t change the course of my life. It’s just for the fun of it.

BTW, the photo was taken by Tom de Waele for Omega Pharma/Quick Step 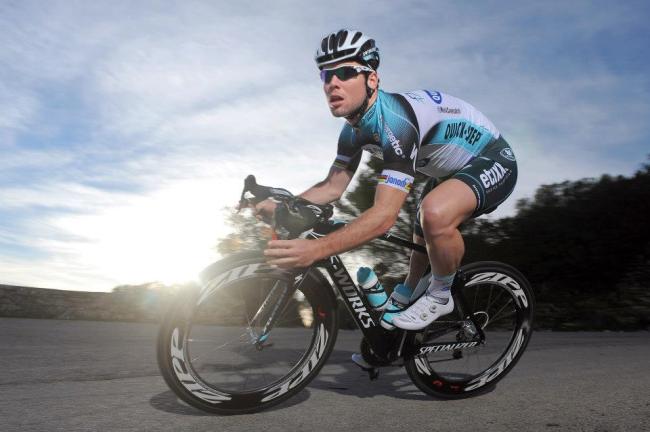 Okay, so I was wrong. We do, in fact, get to see the evidence against US cycling legend Lance Armstrong. It looks really bad.
The US Anti-Doping Agency, or USADA, released their 1,000-pages “Reasonable Decision” in the case against the former seven-time Tour de France champion and leader of the US Postal Service, Discovery Channel and Radio Shack teams. It’s one thing when nemesis Filippo Simeoni is sited, after all, Simeoni sued Armstrong for defamation in 2003. It’s a whole other matter when faithful lieutenant and friend George Hincapie testifies. In cycling circle, “Big” George is beyond reproach.

The paper sites the testimony of Hincapie, Simeoni, Levi Leipheimer, Christian Vande Velde, Jon Vaughters and Dave Zabriskie against, not only Armstrong, but Johan Bruyneel, the infamous Dr. Michele Ferrari, team doctors and trainers, as well. Nine different cyclists who were questioned in the affair were also patients of Dr. Ferrari, and many were teammates of Armstrong’s over the years.

I wrote a while back that I agreed with another writer that we need one standard in doping cases and that it really needs to be physical evidence. After looking at USADA’s document, it’s hard to imagine a defense that would exonerate the one-time Boss.

The charges are: use or attempted use of a known banned substance; possession; trafficking; administration or attempted administration; assisting, encouraging aiding, abetting, covering up of the violations and witness intimidation and retaliation against witnesses.

All of this was dug up without the help of the federal case against Armstrong that was dropped. The prosecutor did not respond to requests by USADA for the files they had collected. The sheer amount of evidence against the Texan is overwhelming. USADA considered all of this so damning that they waived the usual eight-year statute of limitations.

I suppose Lance fought so hard all of these years because he had a lot to lose. He’s not just an athlete. He was a hero. He was the man who faced down poverty, raised by his single mother, was the youngest world champion in a generation, and, lest we forget, faced down a death sentence from cancer. He is the voice and face of survivors. He was the public face of the US Postal Service, Trek bicycles, Oakley sunglasses, Nike and his own Lance Armstrong Foundation. He was the face that launched 100-million rubber bracelets. He gave hope. He gave inspiration. Now what?

The real trickiness may lie in how the International Cyclists Union handles the affair. As the report notes, 20 of the 21 podium finishers of the TdFs that Lance won were also linked to doping and a mind-boggling 36 of 40 podium finishers were implicated from 1996 to 2010. While ‘everybody’s doing it’ is not a defense, it kind of puts Lances wins in perspective.

I will still buy all seven videos of the Tours that Lance won. It’s pretty clear that in a sick way, he was competing on a level plain. The drugs Armstrong is accused of using were available to everyone. So, when I watch the dual between Lance and the late Marco Pantani in the 2000 Tour, it’s not some Texas bully and some poor Italian has-been, it’s the Pirate and the Boss, one on one. It was the greatest climbers dual of the generation. Similarly, in 2003 when Lance barely beat Jan Ulrich, it was the Boss and the Kaiser: the best rivalry of the time.

My lovely wife has chosen to take her yellow bracelet off. That may have more to do with how Armstrong conducts his personal life and his politics. I will continue to sport my yellow bracelet, not for Lance or his foundation, but for the hope that it represents. I won’t boycott the USA Pro Challenge just because Lance made it possible. I will be grateful that someone could bring pro cycling of this caliber back to Colorado.

I get it. In all reasonable likelihood, he cheated. I understand that. Today, I own a road bike. I imagine myself climbing the Alps and the Pyrenees. I fantasize giving a rival “The Look”. I even imagine storming down the Champs-Elysees, the cobbles of Northern France and Belgium and the last sprint in Milan due to Armstrong. If not for Lance, I might not have this path. I have to acknowledge the bad, but I won’t let it spoil the good. Shame on you, Lance. But at the same time, thanks.