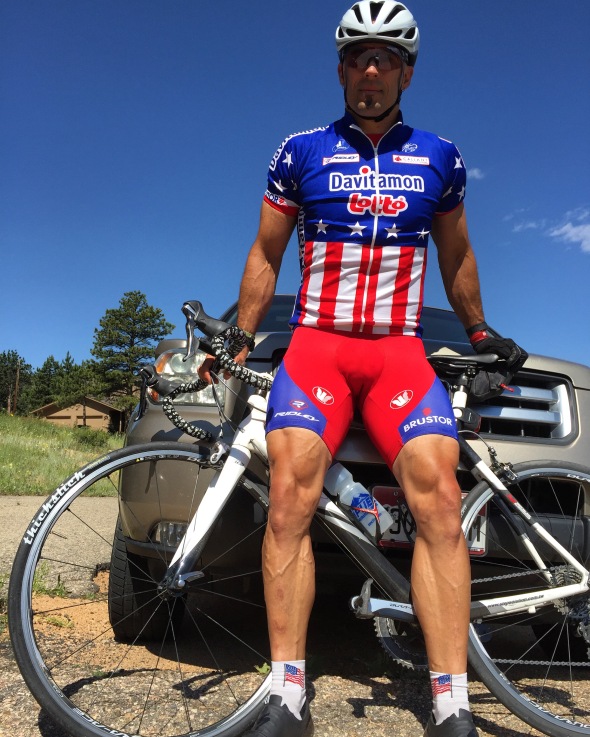 So there are two, diametrically opposed trains of thought within cycling, these days. These are the stealthy fitness and the showy fitness. The first has been around for a while, and the second, a more recent event linked to our modern, mobile, social media age.

For as long as there has been competitive cycling, there has been stealth fitness. This is best illustrated by an e-mail that was circulated about a decade ago, and attributed to one of Chris Carmichael’s CTS coaches. The old e-mail stated that cyclists were the biggest fitness liars and stealth trainers. We say one thing, but it quickly becomes evident that we mean something completely opposite.

We mean “As soon as the first hill comes, I will grind you into dust. I will attack every hill, I will contest every town-limit sign until you are left in a weeping heap on the side of the road.”

We mean “I’ve been spending every waking moment on the trainer/rollers. I have more miles in my legs than the Interstate System.”

We mean “Hope you have your race wheels on, cause this is going down.”

My personal favorite, “This is my beater bike.”

We mean “This bike was made of Unobtainium. The frame was blessed by the Pope. It is lighter than a fart and more expensive than a divorce.”

This has been the prevailing attitude for generations of cyclists. Everything is very secret. Every play is close to the chest. Sunglasses on cyclists were not to protect one’s eyes, there were to hide any tells, hide anything that might indicate fatigue. Or, possibly, hide just the opposite. Exhibit A: Lance fakes being tired during the ’01 TdF stage of Alpe D’Huez. Lance and the Posties pretend The Boss is suffering, prompting Jan Ulrich’s Team Telecom to drive the pace to the base of the storied climb, basically tricking the German team into doing all the heavy lifting for the day, before the Texan’s famous “Look” and the trademark  attack to grind Ulrich down and eventually win that Tour.

I want to keep track of my miles and my workouts, but now there is no hiding from my sea-level buddies who will join me on Ride the Rockies this year. My California friends ride every chance they get. One commutes through Orange County, while the other trains for marathon rides, like the Breck Epic and Leadville 100. Our friend from Texas is an Ironman. I’m a giant track sprinter who happens to live at 7,500 feet.

I can’t let these guys embarrass me in my home state, in spite of the fact that I out weigh each of them, some by significant margins. I’m Altitude Man. But I can’t hide the training, either.

I suppose it will keep me honest. They can see what I’m doing, and I see the miles they are putting in. It’s more positive, even inspiring. We can cheer each other on. Give each other kudos. We can recognize the efforts and the KOMs. We can act like teammates.

Of course, there are still the rollers . . .

This entry was posted on March 5, 2017 by Walt Out West. It was filed under Cycling photography/photography while cycling and was tagged with bicycling in Estes Park, CTS, ride the rockies, Training for Ride the Rockies.