If last week’s Tour of Flanders is any indication, there are only two riders contending for cobbled wins this season: Fabian Cancellara and Peter Sagan.

The two have traded off winning the northern classics this season. Sagan won his first spring classic by just riding away from Tom Boonen and Mark Cavendish at Ghent-Wevelgem a few weeks back. He took a sprint at the Three Days of De Panne and wheelied across the finish line. The only rider able to tame the 23-year-old Slovak champion is Spartacus.

Fabian Cancellara beat Sagan and the rest of the field at the the E3 Harelbeke two weeks ago. Many cycling writers were excited about the showdown with Spartacus, Peter the Great and Belgium’s Tom Boonen. The showdown fizzled a bit.

Last year at the Tour of Flanders, Cancellara hit a wayward water bottle and crashed in the race’s feed zone, resulting in a broken collarbone. This season, Tornado Tom crashed out, leaving Fabulous Fabian to run free. Cancellara hit the Oude Kwaremont, a climb averaging 4 percent, but kicking up to 11 percent at 17 km from the finish, and rode away from all but Sagan. Cancellara hit the gas again on the last rise, the Paterberg, leaving Sagan gasping and all others far behind, taking the race by better than a minute.

With Sagan skipping Paris-Roubaix and Boonen on the mend, Cancellara is nearly a prohibitive favorite to win his third “Hell of the North”.

The bikes used on these Cobbled Classics have become a hot commodity. The Specialized Roubaix, with its Zerts inserts and comfortable geometry has been a favorite for casual riders for nearly a decade. My bike is the 2004 version, and the newer editions are quite common on organized rides around the state.

The tag line for this bike is a comfortable bike is a fast bike, and the Roubaix is the best, though not the only, example of this. The idea of a comfortable race bike, an endurance road bike, one that is light, nimble and still able to soak up road noise, has become so popular among recreational riders with a taste for speed that several manufacturers have jumped on the band wagon.

Trek made the bike that Cancellara powered to the Ronde win on Sunday. The Trek Domane is the Waterloo, Wisconsin manufacturer’s answer to it’s California rival. The Domain 4.0 can be had for just over $2,000, comes with the relatively inexpensive Shimano Tiagra compact (50-34) gearing. Like any of the bikes at the entry level, it will weigh between 17-19 pounds.

The Giant Defy Composite 3 weighs just a whisker over 18 pounds and sports the same components as the Trek. Giant is an Asian manufacturer with the reputation of building plenty of frames with different labels. They know what they are doing with carbon frames. They make a whole lot of them, so their entry-level Defy will set you back a mere $1,700.

Swiss manufacturer BMC took a different tack, returning to the nearly-forgotten material of aluminum for their Granfondo GF02 bike. The $1,899 bike comes with Shimano 105 compact components, one step up from the Tiagra group. The frame is based on the carbon version that American Tyler Phinney is riding around the cobbles this season. It tips the scale at 19.1 pounds and shares much of the vibration-eating geometry of its much pricier carbon iterations.

The entry level carbon Specialized Roubaix, the Sport Compact, comes with Shimano 105 compact components and weighs around 18 pounds. It comes with their four-position adjustable stem and, because it is the bike that started the trend, gobbles the cobbles. It tends to be smooth and fast, though if you have the means and tend to be a weight-weenie, you may want to shell out a bit more than the $2,100 MSRP of this model.

We now sit eight weeks from the start of Ride the Rockies. The total milage for next week should come to 80 miles, 30 for the weekend ride and three more rides during the week totaling 50 miles. If you haven’t started already, it’s about time to insert some climbing, some short sprints and most definitely a group ride into your training. I will actually have a taper this week as I have a real race, the Haystack Mountain Time Trial, on April 13. I might not get all of the miles in, but I will get some intensity in.

If you find yourself short on time, there is at least one thing I can suggest . . . intervals. On a relatively short ride, after a 15-20 minute warmup, take a few hard digs, close to your maximum effort, for no more than a minute. Take a good recovery interval and repeat at least four time. The toughest and most effective interval workout I know of is the dreaded Tabata Protocol. After a good 20-25 minute warmup, set a timer for four minutes. In those four short little minutes, go as hard as you can for 20 seconds and recover for just 10. This is as hard as it gets, but yields the most benefit in a very short period. Give it a try if you feel you need to train but only have half an hour. Better get a bucket . . . 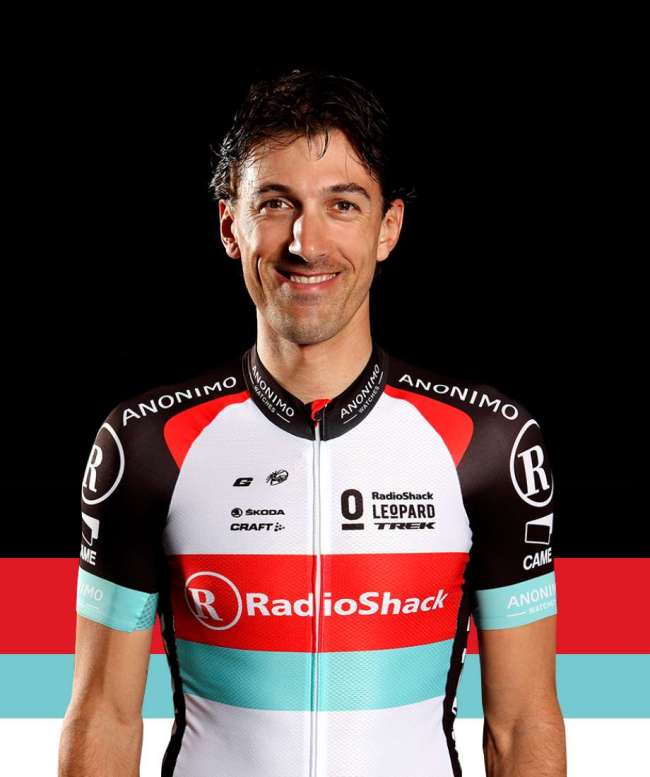