The Giro d’Italia is slated to begin next Saturday along the Mediterranean coast with a team time trial, as this race so often does. For those of us just escaping winter’s icy grip, or those still trying to shake it off, the palm trees of Sanremo are the signs of hope, of the summer soon to arrive. To see the tight, double-paceline of the team time trial blasting past the sea and the swaying palms brings lightness to hearts and freshness to tired legs, as well as a new vision to eyes too long inside on the stationary trainer.

One of Italy’s favorite sons, and 2013 champion, Vincenzo Nibali, has chosen to focus all energies on the Tour this year, so there will be no pink and Astana turquoise this season. Nairo Quintana of Movistar and Sky’s Chris Froome have also decided to skip the Giro to better prepare for the TdF.

All eyes will be on a different Spaniard as El Pistolero, Alberto Contador, attempts the Giro-Tour double. Contador will lead a slightly disheveled Tinkoff-Saxo squad through Italy without the help of master tactician and team founder Bjarne Riis. Riis was jettisoned from the squad after a falling-out with Olag Tinkoff, the team owner. In spite of being the Yankees of the cycling world with such stars as Contador, former two-time Giro champ Ivan Basso and Slovakian sprinter Peter Sagan, the team has little to show for their extravagant payroll. I suppose that makes them more like the Knicks than the Yankees.

A bit of history; the last Giro-Tour double-winner was tragic cycling hero Marco Pantani. Il Pirata took both grand tours in 1998, forever sealing the little climber’s name in cycling lore. Unfortunately, the diminutive, enigmatic Italian was booted from the Giro in 1999 at Madonna di Campiglio, for doping, with one mountain stage remaining and while wearing the Maglia Rosa. He was suspended from competition for the remainder of that season, and while his career never fully recovered, he had enough fire in his heart and his legs to treat cycling fans to an epic battle with fellow doper Lance Armstrong during the 2000 TdF. The little pirate would die of a massive cocaine overdose, alone in a Rimini, Italy, hotel room on St. Valentine’s Day, 2004.

Now I can not officially endorse using the Shimano Ultegra 11-32 cassette with the top-of-the-line Dura Ace derailleur. One should probably take the advice of the experts and manufacturers and buy the Ultegra long-cage rear derailleur, as it is designed to fit this cassette. So, pay no attention to me when I say WOW DO I LOVE THE WAY THIS SETUP WORKS!

I had a tough Ride the Rockies last year when, on day one, we climbed out of Boulder and up the 11,306-foot Berthoud Pass. Snow and the climb made for achy knees. Day four involved an interminable climb from State Bridge to Avon. My knees have never hurt quite so much. This is when I vowed to get a better climbing gear. So I have.

I actually have all of the proper equipment. I have the Ultegra derailleur in a box in the workshop. I just don’t want to haul it to Boulder to have it put on. I could do the job, but I don’t want to replace cables and housing, for which, again, I would want to travel to Boulder, about 36 miles down the canyon. So far, I have had no shifting issues. I have not taken it out on anything truly steep, yet. I hope to do that next week. I’ll let you know how it goes.

While pink is the color of May, July is decidedly yellow. So is my team’s jerseys for July’s Children’s Hospital Colorado Foundation Courage Classic. That’s officially how one is supposed to mention the event on first reference. I’ve been in “The Media” for a while. So the Courage Classic is a fund-raising event for the hospital foundation. It’s a great organization, a good cause and probably the best ride I do each year. I mention it now because I need to start raising donations.

The Courage Classic itself is the payoff for raising funds. It’s three days of riding through the heart of Colorado’s ski country, as well as at least one classic route. This year’s ride starts, as it did last season, with the Copper Triangle; 80 miles from Copper Mountain Resort, up to Leadville, the highest town in North America at 10,200 feet, down through Minturn, through Vail, and up the steeper west side of Vail Pass, before plunging back down into Copper.

Day two is a bit different than in years past. This year, riders will start in Copper, zip down the bike path to Frisco and Dillon, around the east side of Lake Dillon, on to Keystone, over Swan Mountain, through Breckenridge, then up Hoosier Pass, then returning to Breck and finishing in Copper.

Day three is relatively short, just about 35 miles from Copper to Breck and back to Copper for the final BBQ party.
If you are interested in joining the team, we are Team Estes and have been together in various forms for six years. We tend to be pretty small, but we have a great time. The ride runs from Saturday, July 18, through Monday, July 20, based out of Copper Mountain Resort in Summit County, Colorado.

Follow this link to donate to our team for the ride. Thanks for your support.

I still have about two weeks before I can test out my new Shimano Sports Camera and its iPhone app. I still have to buy the tiny media card. When I do finally get the card, I will be sure to record one of my favorite descents to test it out, then post here.

Until then, have fun, be safe. I’m going riding! 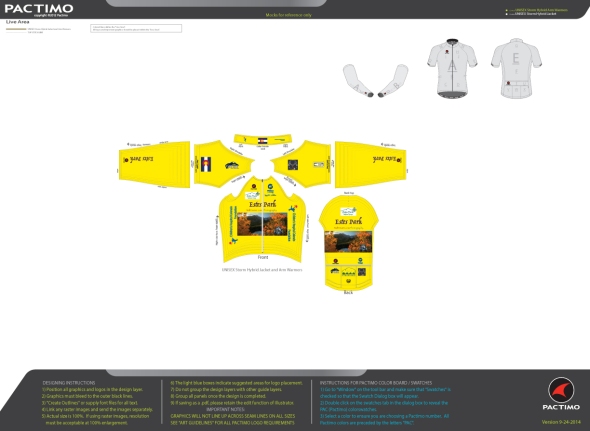